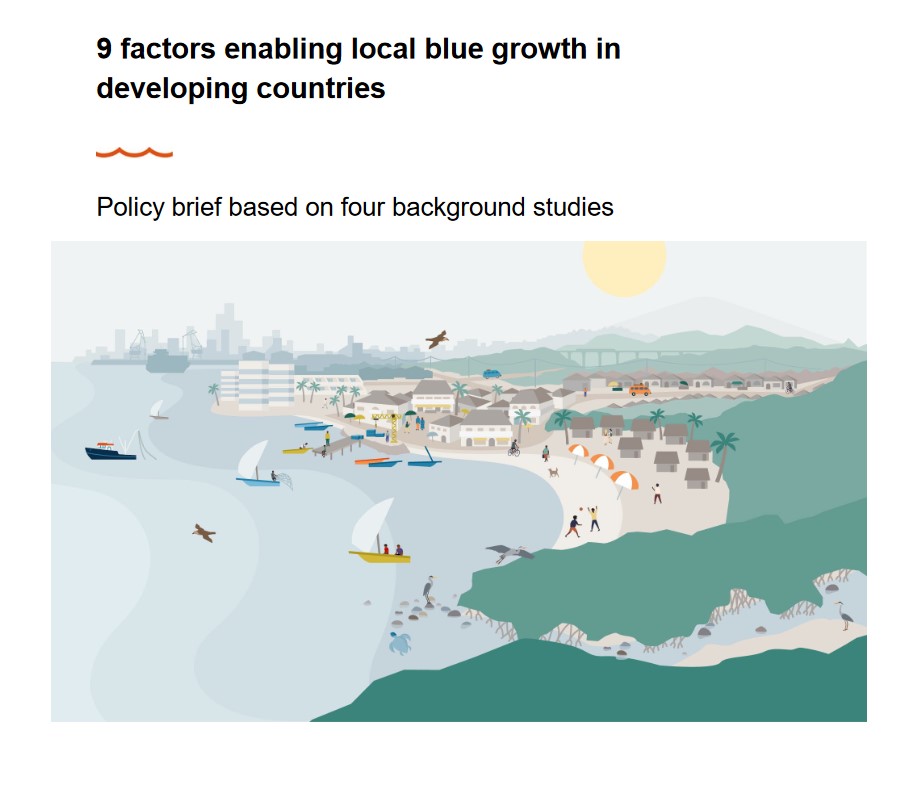 The Swedish Agency for Marine and Water Management has released a policy brief that presents nine key institutional and infrastructure factors that promote local blue growth from the use of marine resources in developing countries.

The policy brief is based on four background studies, all addressing the same question: what is needed for marine resources to actually generate local blue growth?

Here, local blue growth refers to economic revenue and wellbeing in the local community from the sustainable use of ocean resources, such as fisheries, aquaculture, or tourism. Download the document from below or access via https://www.havochvatten.se/local-blue-growth 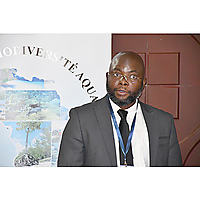 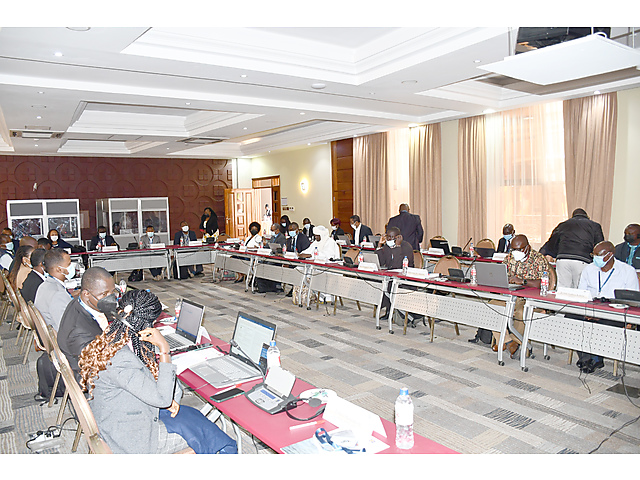 As the world moves towards investment in the Blue Economy, the African Union – InterAfrican Bureau for Animal Resources (AU-IBAR) has embarked on building capacity for African Union member states.

The Acting Director of AU-IBAR Dr. Nick Nwankpa says capacity building is critical for the continent to be able to harness its potential and exploit the vast aquatic resources for the good of the continent.

Speaking at a meeting on Conserving Aquatic Biodiversity in African Blue Economy held at a Naivasha hotel, Dr. Nwankpa lauded the close cooperation and the support offered by the Swedish International Development Cooperation Agency (SIDA) to the project that runs from October 2021 to October 2024.

The objective of the project is to enhance the policy environment, regulatory frameworks and institutional capacities of AU member states and Regional Economic Communities (RECs) to sustainably utilize and conserve aquatic biodiversity and ecosystems.

An Expert in fisheries at the African Union – InterAfrican Bureau for Animal Resources (AU-IBAR) Dr. Mohamed Seisay has expressed worry over threats to aquatic biodiversity in Africa. He says the rising temperatures in the water bodies is forcing many species of fish to move deeper into the ocean, seas and lakes.

“We need to implement strategies in order to encourage African Union member states to use nature based solutions like planting trees, so when you plant trees you minimize the effect of climate change on the wildlife and the aquatic ecosystems,” he said.

Dr. Seisay who is a fisheries expert notes that certain fish species have started moving deeper into the oceans, seas and lakes due to the warming temperatures in the shallow waters, a matter he said could complicate sustainable fisheries on the continent. “Climate change is one of the issues we are trying to address under this project, in order to have resilient aquatic ecosystems,” he said and added, “some of the fish species have a particular temperature that they can accommodate, if the temperature is very high due to climate change effect, when the species of fish moves, then it means the fisherfolk have a way of reaching them, at times is through have to use motorised boats.”

Dr. Seisay called for zonation of Lake Victoria in order to reduce conflicts among fisherfolk who use boats and canoes to fish and those that are engaged in fish farming using the cages. Dr. Seisay urged member states to also put in place guidelines and regulations that will guide fish farmers on sustainable ways of growing the fish without interfering with the ecosystem. “There is need to look at the kind of feed being used to feed the fish in terms of the density, so that it does not percolate into the entire ecosystem,” he said.

Studies by AU-IBAR have shown that overexploitation of living species, pollutions from several sources including land-based municipal, oil, gas and agricultural activities poses a threat to aquatic biodiversity. The report further indicates that, uncontrolled introduction of exotic species in aquaculture systems, effluents from mining activities are also among threats to sustainable aquatic ecosystems.

The Cabinet Secretary noted that, while many African Union member states and developing economies aspire to unleash the Blue Economy potential for the benefit of their citizenry, “over-exploitation of ocean resources, inadequate financial resources, weak human and technical capacities inhibits their potential to fully exploit the resources.

The Cabinet Secretary made the remarks in a speech read for him by the Chief Administrative Secretary in the Ministry of Agriculture Lawrence Omuhaka at the launch of the Conserving Aquatic Biodiversity in African Blue Economy project being implemented by the African Union – InterAfrican Bureau for Animal Resources (AU-IBAR) with funding from the Swedish International Development Cooperation Agency (SIDA).

Munya said that limited access to relevant technologies and innovations, insecurity, climate change as well as weak governance mechanisms among African Union member states is limiting their ability to achieve the full potential of the blue spaces in a sustainable manner.

The Cabinet Secretary said that appropriate use and conservation of marine, inland aquatic and coastal resources can contribute to food security, create jobs ensure inclusive economic growth and move the continent towards sustainable economic growth, as well as realize climate change mitigation and adaptation.

Munya said that the deterioration of marine ecosystems pose a threat to sustainable food security and livelihoods of societies that are heavily dependent on fishing adding that “in order to truly benefit from Blue Economy resources for generations, we must make deliberate efforts to sustain healthy Blue Economy ecosystems.”

The Cabinet Secretary warned that Africa continues to bear the biggest burden to illegal, unreported and unregulated fishing, mostly perpetrated by foreign fishing fleets leading to loses of billions of dollars annually. All the above-mentioned human led activities have led to disruption of ecosystems and endanger of aquatic biodiversity.

The Acting Director of the African Union – InterAfrican Bureau for Animal Resources (AU-IBAR) Dr. Nick Nwankpa lauded the support offered by the Swedish International Development Cooperation Agency (SIDA) through funding of the “Conserving Aquatic Biodiversity in African Blue Economy’, project that runs from October 2021 to October 2024.