Set an image for Mozambique 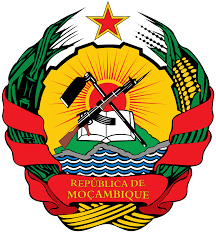 Mozambique, is a scenic country in southeastern Africa. Mozambique is rich in natural resources, is biologically and culturally diverse, and has a tropical climate. Its extensive coastline, fronting the Mozambique Channel, which separates mainland Africa from the island of Madagascar, offers some of Africa’s best natural harbours. These have allowed Mozambique an important role in the maritime economy of the Indian Ocean, while the country’s white sand beaches are an important attraction for the growing tourism industry. Fertile soils in the northern and central areas of Mozambique have yielded varied and abundant agriculture, and the great Zambezi River has provided ample water for irrigation and the basis for a regionally important hydroelectric power industry.

Background:
Almost five centuries as a Portuguese colony came to a close with independence in 1975. Large-scale emigration by whites, economic dependence on South Africa, a severe drought, and a prolonged civil war hindered the country's development. The ruling party formally abandoned Marxism in 1989, and a new constitution the following year provided for multiparty elections and a free market economy. An UN-negotiated peace agreement with rebel forces ended the fighting in 1992.

Geography:
Location: South-eastern coast of Africa, bordering the Mozambique Channel in the Indian Ocean in the west.
Area: 801,590 km² (309,495 sq. mi.)
Terrain: Varies from coastal lowlands to a high plateau in the northwest, mountains in the west.

Climate: Varies from sub-tropical to tropical (south to north)