University of the Witwatersrand 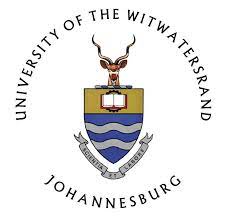 In 1923, the University gradually vacated its premises in Eloff Street to move to the first completed teaching buildings at Milner Park (the Botany and Zoology block - housing the departments of Geology, Botany, Zoology and Applied Mathematics). The University had, at that stage, 6 faculties (Arts, Science, Medicine, Engineering, Law and Commerce), 37 departments, 73 members of academic staff and little more than 1 000 students. In 1925 the Prince of Wales officially opened the Central Block.

During the period between the two world wars severe financial restrictions were imposed upon the University. Nevertheless, student numbers were quite impressive - in 1939, 2 544 students enrolled; that grew to 3 100 in 1945. The sudden increase in student enrolment after the Second World War led to accommodation problems, which were temporarily resolved by the construction of wood and galvanised-iron hutments in the canter of the campus. These huts remained in use until 1972.