Set an image for Senegal 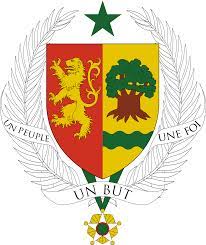 A virtual guide to Senegal, a country on the coast of West Africa, bordering the North Atlantic Ocean in the west. It is bordered by Mauritania along the Senegal River in the north, by Mali in the east, by Guinea and Guinea-Bissau in the south, and it encloses The Gambia, a narrow nation along both banks of the Gambia River. Senegal shares also maritime borders with the island country of Cape Verde in the west.

Senegal lies within three climate zones, with a hot desert zone in the north, a semi-arid zone in the centre and a tropical savanna area in the south. The country occupies an area of 196,722 km², this is about 1.5 times the size of Greece or slightly smaller than the U.S. state of South Dakota.

The country has a population of about 14.8 million people (in 2016); the capital and largest city are Dakar. Spoken languages are French (official), Wolof, and other West African languages.

Background:
Independent from France in 1960, Senegal joined with The Gambia to form the nominal confederation of Senegambia in 1982. However, the envisaged integration of the two countries was never carried out, and the union was dissolved in 1989.

Despite peace talks, a southern separatist group sporadically has clashed with government forces since 1982. Senegal has a long history of participating in international peacekeeping.

Terrain:
Flat or rising to foothills.
Climate:
Tropical Sahelian desert or grasslands in the north, more vegetation in the south and southeast.